Installation of smoke and CO alarms to your home or business

We are a fully insured company and can boast 5* customer reviews.

We are able to carry out a wide range of chimney repair services.

Fuel ban from 2021- New rules "cracking down" on air pollution 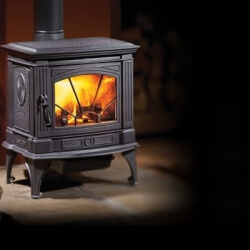 The most polluting fuels burned in household stoves and open fires will be phased out from next year to clean up the air, the Government has said.  Owners of wood burners, stoves and open fires will no longer be able to buy coal or wet wood to burn in them, under a ban to be rolled out from 2021.  Plans for the ban were first announced nearly 18 months ago, but the Department for Environment, Food and Rural Affairs has now confirmed it will go ahead.   So why the change â and what do you need to know if have a fire or stove yourself?

Why is the ban happening?

Plans to phase out the sale of house coal and wet wood have been confirmed as part of efforts to tackle tiny particle pollutants known as PM2.5, which can penetrate deep into lungs and the blood and cause serious health problems.  Wood burning stoves and coal fires are the single largest source of PM2.5, contributing three times as much of the pollution as road transport, the Environment Department (Defra) said.  Environment Secretary, George Eustice, said: âCosy open fires and wood-burning stoves are at the heart of many homes up and down the country, but the use of certain fuels means that they are also the biggest source of the most harmful pollutant that is affecting people in the UK.âBy moving towards the use of cleaner fuels such as dry wood we can all play a part in improving the health of millions of people.â

When will sales be phased out?

Sales of two of the most polluting fuels, wet wood and house coal will be phased out from 2021 to 2023, to give householders and suppliers time to move to cleaner alternatives such as dry wood and manufactured solid fuels.  These produce less smoke and pollution, and are cheaper and more efficient to burn, officials said.

So, the new ban means:

Will wood-burning stoves be banned?

In 2019, Michael Gove announced open fire fuels and the sale of some log burners will be banned as part of plans to tackle air pollution that "shortens lives". The measures form part of the governmentâs Clean Air Strategy, which plans to ensure only the cleanest stoves are available for sale by 2022.

In this transition period, eco-design regulations will force new stoves to be significantly less polluting than before. There are also likely to be changes to existing smoke control legislation, as well as new powers for local authorities to take action in high pollution areas.

Defra has a list of approved stoves in its website- these produce fewer smoky particulates than older stoves and roughly 90% less than an open fire. So if youâre going to get one, make sure itâs on the list.

The key impact on existing stove owners will be on fuels like wet wood and traditional house coal, which is being phased out. Those who already own a wood-burning stove are encouraged to make it more eco-friendly, by installing a electrostatic filter, which can cut emissions of particles, burn dry wood, and regularly sweep chimneys.